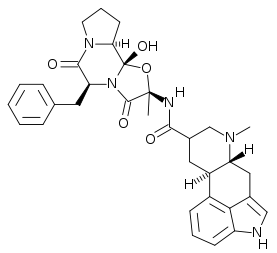 A new drug that is poised as a rapidly absorbed chemical in the treatment of acute migraines is now on the horizon. The principal or active chemical in the new drug is dihydroergotamine or DHE.

It is anticipated that DHE which for patenting process is known as TO-2070 will provide a novel and potentially improved approach to treatment of acute migraines in patients. TO-2070 is based on a novel nasal powder drug delivery technology. The technology which is developed by Shin Nippon Biomedical Laboratories (SNBL) combines a muco-adhesive drug carrier with a proprietary nasal powder drug delivery device.

Actually DHE is a well-known treatment for treatment of acute migraines and is being used in the US since 1946, however its delivery via the liquid nasal spray route, the subcutaneous route, via intramuscular injections or intravenous shots is hindered by inconvenient administration regimen, slow onset of relief, inconsistent absorption, post-nasal drip and bitter taste. DHE delivery via the pulmonary inhalation method has still not obtained a nod from FDA.

As per the preclinical data this new drug could offer a considerable range of benefits to the migraineur. Such benefits as are not provided by the currently available delivery methods such as injections, pulmonary inhalation etc which prove more inconvenient as well as invasive by nature. (2)

Both Transcept and SNBL have announced that they have entered into an exclusive global licensing agreement. Transcept will pay SNBL an upfront fee, charges through the developmental milestones of the drug as well as following launch and commercialization. This deal will provide Transcept with an advanced nasal powder delivery device and preclinical and clinical services to support the development of TO-2070.

According to Alan Rapoport, M.D., Clinical Professor of Neurology at the David Geffen School of Medicine at UCLA, Los Angeles, CA, and President of the International Headache Society, “DHE has proven to be an excellent treatment for many of the migraine patients who have tried it. This medication can work quickly depending on how it is administered, provides long-lasting relief, has demonstrated a low migraine recurrence rate and can be effectively administered late in the migraine process. Despite these important advantages, the therapeutic impact of DHE has been somewhat limited by challenges associated with the effective delivery of the drug. With this in mind, a novel delivery system that enables the administration of DHE in a convenient way and offers patients rapid and sustained migraine relief, would represent an important advance in the treatment of migraine.” (3) 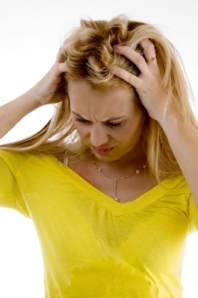 Australian scientists are in the final stages of testing a pill which could help as many as 20% of all migraine sufferers in the country.

It has been noted that migraineurs often have a mutation in the gene called MTHR (or Methylene Tetra-Hydrofolate Reductase). Due to this mutated gene, there exists a deficiency in the enzyme that the gene is responsible for releasing. This enzyme is actually responsible for regulating levels of folate and homocysteine in the body.

But because there are low levels of the enzyme released due to the mutation of the gene, homocysteine levels cannot be controlled efficiently leading to migraines, increased risk of stroke and cardiovascular disorder.

However, the new pill undergoing final stages of trials, is essentially a cocktail of folate and B vitamins and is being seen to improve the functionality of the enzyme that regulates homocysteine levels

As per lead researcher Professor Lyn Griffiths who is also heading a new unit at the Queensland University of Technology that is investigating gene mutations linked to migraines and other chronic illnesses, “A cofactor for the enzyme is vitamins and we’ve done a phase-one and phase-two trial that showed they could make the enzyme work better.” (2)

The final rounds of phase-three trial include some 600 migraine sufferers to test the efficacy of the pill. Though the pill does not claim that it will cure migraines, especially in those without the gene mutation, it does assure that it will reduce both their frequency as well as the severity of the pain in those who do carry the mutation MTHR.

Migraine sufferers who want to find out if they have the MTHR gene mutation can have a blood sample taken and sent to the university for a $66 DNA test. Professor Griffiths is urging people who suffer from migraine to join the Headache Register at headacheaustralia.org.au. The site allows sufferers to access the latest in migraine news and research, learn about current and upcoming treatment trials and download a Headache Diary to help them manage their disorder. 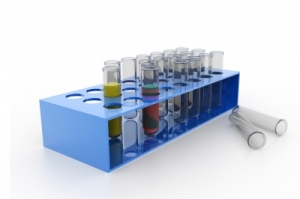 At last we are hopeful of receiving drugs that are developed only for migraines and not hand-me-downs – drugs originally developed for conditions other than migraines but which sometimes also seem to work for migraineurs and are thus prescribed to us.

This year’s drug development focus is on calcitonin gene-related peptide or CGRP. I had written about CGRP in my earlier post of March 2012 — ‘CGRP Blockers & SRAs – The New Faces In Research For Migraine Management’ (http://bit.ly/GVy9VA).

CGRP is a neuropeptide (- protein-like molecules used by neurons to communicate with one another) that as per earlier research shows it to be involved in both the initiation of migraine signalling in the brain as well as the propagation of the migraine process in an episode for a person.

Though both Merck and Boehringer have been targeting CGRPs as the root of migraine treatment for many years and their resultant drug Telcagepant was in Phase III of trials, further trials were halted as one unrelated molecule (to CGRP biology) was found to be causing unacceptable drug toxicity.

However, 4 companies, namely, Arteaus Therapeutics, Labrys, Amgen and Alder Biopharmaceuticals are in stages of developing migraine treatment via the CGRP route – they are using monoclonal antibodies to inhibit CGRP biology that will eliminate the toxicity factor that was seen in Merck and Boehringer’s beta drug. (2)

So why are four companies vying for the same space in the migraine drug market? It has got to do with the treatment area being target as well as the cost.

First, the target: Using an antibody to treat migraine involves developing of antibodies which have long half-lives. This means that once administered (let’s say via the injection route) will be effective for one or more months, thus preventing the initiation of migraines for multiple months. This is in sharp contrast to the current abortive drugs from the triptan family. This seems god-sent for migraineurs who experience multiple attacks a month.

Second, the costs: So far, the drawback of an antibody approach has been the high cost of manufacturing such drugs. High costs translate to high retail prices and though higher prices are not minded by those who require them for conditions such as cancer, autoimmune or cardiovascular etc., migraineurs are sensitive to drug pricing. But common sense says, with more companies midway through drug development using the same approach, the prices are guaranteed to be competitive when the drug reaches the market.

The data from the mid-stage studies on the new antibody drug from these four companies are expected as early as next year.  It can only be good news for migraineurs that competition is on with more than one horse in the fray to develop these drugs.

Registered member with the All India Medical Writers’ Association (AIMWA)

MIGRAINES FOR THE INFORMED WOMAN

THE COMPLETE FITNESS GUIDE FOR WOMEN

An essential fitness guide for any woman who wants an active life and a healthy body. Physical fitness, as it is understood today, is not merely about exercising or healthy eating; it must involve both aspects. But there is still more to a fit and healthy life than just a focus on food and exercise. The Complete Fitness Guide for Women lays the foundation for long-term health. In this volume, Mamta Singh provides you with exercise plans that specifically target cardiovascular training, strength and weight training, and stretching. Whether you are a beginner or someone who is already working out, this book will have a program suitable for you; these exercise programs can be done at home or at the gym. The Complete Fitness Guide for Women empowers you by helping you understand and respect your body and its unique requirements, so you can develop a body that is not just slim, but healthy and strong as well. The power is truly within YOU!
File Size: 1317 KB
Print Length: 177 pages
Publisher: Hay House (October 1, 2013)
Sold by: Amazon Digital Services, Inc.
Language: English
ASIN: B00GN6ZZ2I
Text-to-Speech: Enabled

Migraines In Women by Mamta Singh is licensed under a Creative Commons Attribution-Noncommercial-No Derivative Works 3.0 United States License.
Based on a work at www.migrainingjenny.wordpress.com.

© MigrainingJenny and Migraines In Women, [2017 – 2018]. Unauthorized use and/or duplication of this material without express and written permission from this blog’s author and/or owner is strictly prohibited. Excerpts and links may be used, provided that full and clear credit is given to Mamta Singh and ‘Migraines In Women’ with appropriate and specific direction to the original content.